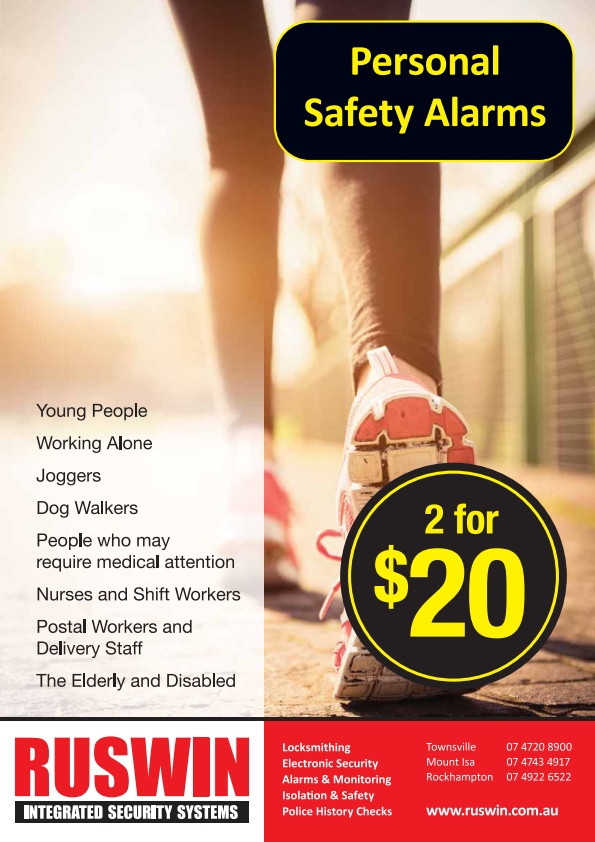 A NORTH Ward man accused of sexually assaulting a female tourist on The Strand did not apply for bail in his first court appearance yesterday.

Police will allege Brett Anthony Major, 52, dragged a 28-year-old woman into bushes near the Tobruk pool and sexually assaulted her about 8.50pm on Sunday. It will be alleged Major stalked the woman before attacking her.

Two men came to the woman’s rescue after hearing her scream, with the alleged attacker running from the scene.

Major did not appear before Townsville Magistrates Court yesterday but was remanded in custody and will next face court on September 15.

If you are going walking you should always carry or wear a personal alarm. Just $11.95 each or two for $20.00. Available now at Ruswin.