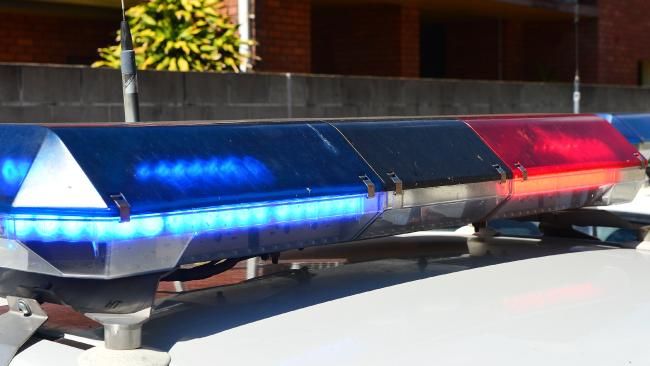 OUT-OF-CONTROL teens have been terrorising the roads of Townsville, hooning in stolen cars, crashing into parked vehicles and running from police.

Police suspect as many as five stolen cars were being used on Monday night for joy rides across Townsville by child criminals, wreaking havoc and crashing into parked cars. Detectives fear someone could be killed if the youths aren’t stooped while Mayor Jenny Hill is calling for courts to impose harsher punishments and parents to be held responsible.

The stolen cars were spotted speeding, driving on the wrong side of the road, hitting parked cars and nearly crashing into a police car. Police were yesterday still trying to track down the culprits. CIB acting officer-in-charge Senior Sergeant Guy Harvey said he feared it would only be a matter of time before someone is seriously injured or killed if the youths aren’t stopped soon.

“We are very concerned about the number of stolen vehicles,” he said.

“The majority is juveniles or teens of just adult age and the manner of driving is extremely dangerous. “It will only be a matter of time before there is an injury or a fatality, whether it be to themselves or some other innocent person.” >One of the stolen cars crashed into a light pole before the young female driver ran and jumped into another stolen car. Police used road spikes to try and stop another stolen car on Nathan St before the youths inside fled and escaped through a yard. More than 20 parked cars received damage in the Vincent area after being hit by vehicles being driven by hooning youths. A stolen Subaru was spotted driving on the wrong side of the road towards a police car on Nathan Street, forcing police to take evasive action to prevent the car crashing into them.

Cr Hill said it was clear the juveniles involved have no regard for personal safety and they needed to face the full brunt of the law. “We have already seen one person killed when they wrapped a vehicle around a power pole and another child left with life-changing injuries,” she said. When these people are caught, the courts need to deal with them as if these people are adults. “They will kill someone and they will kill an innocent bystander, enough is enough. “The parents are just as responsible for this behaviour as the juveniles.” Detectives suspect there is one core group of young criminals who are working together. They were yesterday executing search warrants and making inquires to try and track down suspects. Sen-Sgt Harvey said he was urging any witnesses to come forward to police.“We already have several reports of dangerous driving and we are encouraging any witnesses of this activity to contact police,” he said,” he said.

Police are urging people to make sure their property is secured with most of the cars being stolen from homes left unlocked. Offenders were also using garage remotes contained in unlocked cars to gain entry to homes to steal keys before taking off in the cars.