Another award for our Locksmith of the Year 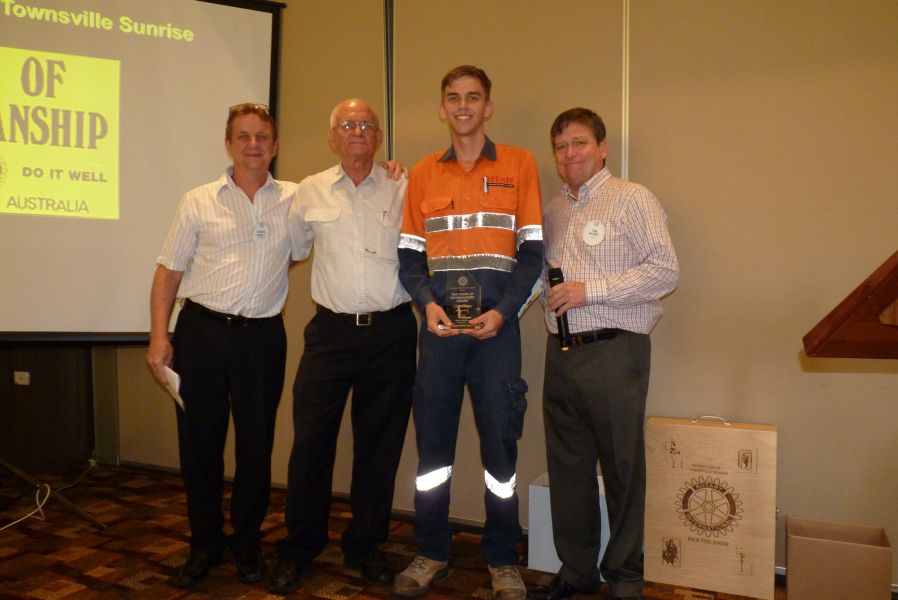 Congratulations to Luke Bergin - current Australian Apprentice Locksmith of the Year who has been awarded the Rotary Club of Townsville 2016 Pride of Workmanship Award.

Luke Bergin began his career with Ruswin as a school based work experience student. Showing great initiative and drive, Luke was offered a Locksmithing apprenticeship.

During his four year apprenticeship Luke was acknowledged for his commitment, performance and sense of responsibility. Luke always strives to achieve a successful outcome for both his employer and customers.

Luke was invited to participate in the Master Locksmith Association of Australasia 2015 Apprentice of the Year program. After months of study, review and practice, Luke completed the exam which covered a variety of theory and practical components.

His outstanding work ethic, passion and dedication to his trade culminated in Luke being awarded the 2015 Australian Apprentice Locksmith of the Year by The Master Locksmith Association of Australasia at the conference on the Sunshine Coast in September 2015.The prestigious award is held in high regard by all who operate in the Security Industry.

The achievement comes with being recognized as a Master Locksmith and a prize of a fully funded 2 weeks tour of Industry Manufacturers in Germany and Italy for two people.

Luke is not one to rest on his laurels...immediately on completion of his locksmithing apprenticeship and the attainment of such high recognition he signed up to do his trade as an Electronic Technician.