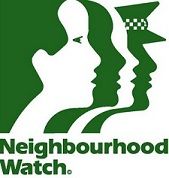 Mount Isa Neighbourhood Watch (NHW) are Queensland winners after bringing home a number of awards at the weekend.

After the win, the NHW team are looking at stepping up their presence within the community with more initiatives aimed at crime prevention.

Across Queensland there are 15 Districts and 425 Neighbourhood Watch groups.

Mrs Knight said they were excited to win the awards and thanked the Mount Isa community.

She also thanked Mount Isa Police for their support, along with Senior Sergeant Col Henderson and Sergeant Cath Purcell who work closely with the group.

“We won because of our innovative local crime prevention programs,” she said.

“Because we actively engage with our community and try to implement crime prevention measures that the community wants.

“I don't think there has ever been a time where the two overall winners for the state award have come from the same district.

Looking into the future now, Mrs Knight said they won’t be slowing down.

“We can use the exposure to gain more support and partnerships from other community groups,” she said.

“We are working with Betty and Brad in Pioneer for Deadly Day in the Park.”

NHW will continue their walking group sessions, with the next one being held on Sunday, September 20.

They will also be providing self defense classes for those in the community who wish to be involved with in the next three weeks.  “We will also start more work in the domestic violence space,” Mrs Knight said.